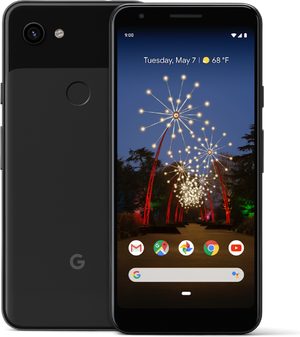 Similar to the Pixel 3a and available

All Google Pixel 3a reviews

The Google Pixel 3a is Google's first low-cost Pixel with the full-fledged camera experience we've come to expect from the Pixel series. A lot is familiar to the camera, but of course some concessions have been made to come to this lower price. Which one exactly is something we are going to discuss here.

We'll take you back to May 2019. Japan got a new emperor, the Netherlands won the Eurovision Song Contest and British Prime Minister Theresa May resigned. We don't want to say that all that pales in comparison with what Google introduced on 7 May, but for the importance of this storey it is important now. It announced next to this Pixel 3a the larger Pixel 3a XL. Mid-range versions of its Pixel flagships where only the housing and processor has been economised. The camera is exactly the same as in the (much) more expensive Pixel 3. In telephony, this is a rather unusual step because for the best camera results, you usually have to pay a bit more. It allows Google to gain market share and it makes the competition nice and nervous. You don't have to pay almost a thousand euros for one of the best cameras at the moment.

About that camera. Why is it so good and how good is good? After all, there's only one camera on the back. Google knows how to get the best out of it by using what is called computational photography. Especially in the field of HDR the Pixels score very well. They provide constant, well-lit, natural and sharp images. The Pixel 3a even has the impressive Nite Sight which was recently introduced. This is considered one of the best nite modes on a mobile phone. It sees better in the dark than the human eye. Despite its single sensor, the Google Pixel 3a has a portrait mode where you can blur the background. Thanks to smart software, the 3a still sees depth and doesn't need a second sensor. That saves costs and Google will immediately give it back to you.

To save even more on costs, the Pixel 3a is made of plastic. That's not really common anymore in 2019 but it's not that bad. Plastic is quite durable, it doesn't feel as cold as metal and isn't as fragile as glass. The Pixel 3a is also equipped with a less powerful processor; the Snapdragon 670. Yes that's less powerful than a Snapdragon 845 as in the Pixel 3 but still powerful enough for every-day use. Furthermore, the 3a lacks premium features such as wireless charging and a waterproof housing. Big missing in this list is the screen. Normally this is also cut back but Google hasn't done that. It's still an AMOLED screen with bright colours, deep blacks and a high Full HD+ resolution. Moreover, the 3a again has a headphone port, something that the Pixel 3 and 3 XL did not do. All in all, not a crazy package.

All Google Pixel 3a specifications

Video about the Google Pixel 3a

One of today's best cameras in a $499 phone? Google proves with the Pixel 3a that it can