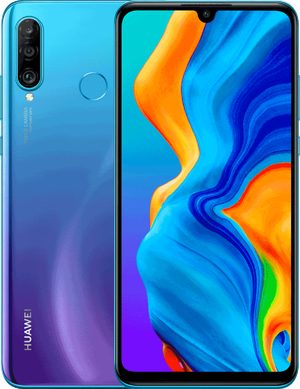 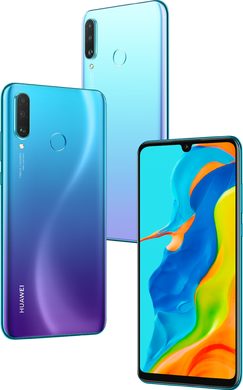 The Huawei P30 lite New Edition is a refresh of the P30 lite from 2019. It features an improved selfie camera, more storage and the ability to expand memory. Despite the American boycot, this device runs under Android and uses all Google services.

Not all new Huawei phones work with Google services. This has everything to do with the American boycot. This P30 lite New Edition does not suffer from that. Huawei navigated around this and made it possible to use Google services and apps such as the Play Store, GMail and YouTube. A lot hasn't changed compared to the P30 lite from 2019. It still looks the same, with a 6.15 inch FHD screen and colourful housing. Also the processor is the same; the Kirin 710. That wasn't the quickest last year, so it's starting to look a bit dated.

On the back of the P30 lite New Edition we find a 48 megapixel camera with up to 2x optical zoom. That means you can get close ups without loss of image quality. Something that, when zooming in digitally, inevitably leads to a deterioration in quality. In addition to this super zoom lens, you'll find an 8 megapixel ultra-wide-angle camera with a 120-degree angle of view. Ideal for capturing landscapes. There is also a third camera. This 2 megapixel sensor is used to recognise depth and to blur backgrounds. This means the P30 lite New Edition has a portrait mode that allows you to take beautiful portrait photos. Up till now there is nothing new to report. Not the case with the selfie camera. It is upgraded to 32 megapixels with an f/2.0 lens. Thanks to artificial intelligence, the selfiecam recognises 8 different scenarios with matching settings. These include beach, nite and blue sky.

Other improvements can be seen in the area of memory. There the RAM memory goes up from 4 to 6 GB and the storage memory even doubles to 256 GB. In this price category you rarely find that. It doesn't stop there, you can even expand the memory by up to another 512 GB. The previous P30 lite didn't have a memory card slot and only had 128 GB of storage. In that respect, this P30 lite New Edition does a lot better. Unfortunately, there are no battery improvements. The capacity remains at 3340 mAh. There is fast charge available, but that's something its predecessor also had.