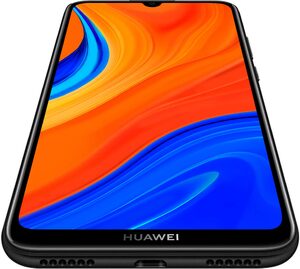 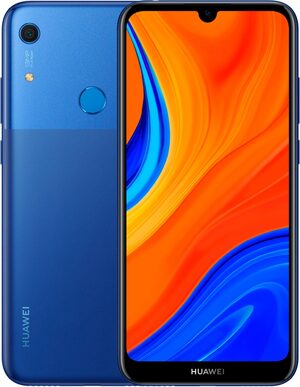 The Huawei Y6s is a slightly improved version of the 2019 Y6. As far as we can tell, only the processor has changed; an octa-core MediaTek instead of a quad-core one. The 13 megapixel camera, 8 megapixel selfiecam and the 3020 mAh battery have all remained the same.

If you buy a Y6s, you get a 6 inch smartphone with fairly small screen edges but at the top a notch and at the bottom a reasonable chin. A few years ago this was very modern, now it is a bit outdated by screens with punch-holes and even thinner screen edges. Yet it is not crazy for a phone for this price. 87% of the front of the phone consists of a screen and that results in a fairly compact housing with still quite a lot of screen surface. You can choose a black version (Starry Black) where the back is completely black. But there is also a blue version (Orchid Blue) where 2 different finishes are applied; a shiny top and matte bottom.

At the front the Y6s has an 8MP camera for selfies and at the back we find a 13MP shooter with bright f/1.8 lens. With this, the base is like a house. It is not much more than basic but that is not to be expected for this price category. Compared to its predecessor, there is slightly more RAM memory: 3 instead of 2GB. Because of this, he will be a little better able to run apps smoothly. The storage memory still comes out at 32GB which is quite scarce. Fortunately, you can always expand it by buying a microSD memory card. The Y6s recognises cards up to 512GB. More than enough for all your photos, videos and files. If you live outside the EU, you can also buy a variant with 64GB storage.

Altho the Y6s is a low priced entry-level phone, it still has a fingerprint scanner. You can find it on the back of the housing. Inside Huawei has found room for a 3020 mAh battery. On paper this doesn't seem impressively large, but in practise the Y6s lasts remarkably long. This is mainly due to the battery saving mode, which is aided by artificial intelligence. The result is a long battery life of a whole day. All in all, this phone doesn't leave a wrong impression for the price you have to pay for it.