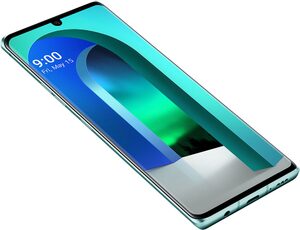 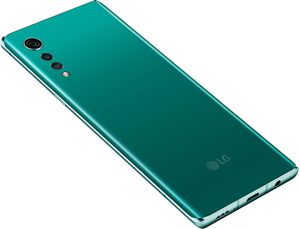 LG Velvet in the news

LG Velvet 5G comes to Europe and the US

The LG Velvet is a totally new designed smartphone from LG. The device saw the light of day on May 7th and it has a particularly exciting appearance. For example, it has a new design with natural curves and a drop-shaped camera design on the back. It is a 5G phone and comes with a 2nd screen accessory.

LG's past smartphones didn't look exciting enough. At least that's what they found at LG itself and that's why they designed the Velvet. A phone with not only an unprecedented high finish but also with an exciting new design. Altho it still looks unmistakeably like a phone. The design of the Velvet is characterised by clean lines, symmetry and a naturally inspired layout. This can be seen in the camera, for example. The lenses and flash are placed in such a way that they look like a drop of water. Nice but we are of course especially curious about what you can do with them.

The main camera of the Velvet 5G counts 48 megapixels and that's not very high anymore when it came out. Especially in the dark, the Velvet has trouble taking clear pictures. During the day, photos are of a much higher quality. You can also shoot widescreen thanks to an 8MP ultra-wide-angle lens, or portraits with background blur thanks to the 5MP depth of field camera. There's no telephoto lens to zoom with. Video can be shot in up to 4K and there's an extra-smooth image stabilisation mode called Steady Cam. This works with the slightly less sharp wide-angle lens but is very good at stabilising images. With the 16MP selfie camera you can add stickers and it does Voice Bokeh. This is especially interesting for vloggers. It mutes background noise and amplifies speech.

The screen of the Velvet 5G measures a fairly large 6.8 inches and has a fairly narrow 20.5:9 ratio. According to LG ideal for watching movies, especially because there are speakers on both sides for stereo sound. LG uses a bright OLED panel which makes colours come into their own. The housing is water and dust resistant (IP68) and should even take a beating. The built-in 4300 mAh battery should last for at least a day, can be recharged quickly with 25W and even runs on wireless charging. LG uses a Snapdragon 765G processor for the Velvet and that's the same as in the OnePlus Nord and the Google Pixel 5. These phones are known to feel smooth, so we assume that the Velvet is too. Moreover, makes it suitable for 5G and so you are already ready for the future.

Videos about the LG Velvet

They don't say how successful the LG Velvet is but LG has just sent out a press release that this introduction video has had 10 million views ðŸ§ðŸ™"ðŸ¤¨.

LG already said he's coming. The LG Velvet. Now we also have a video hands-on for you of this jewel