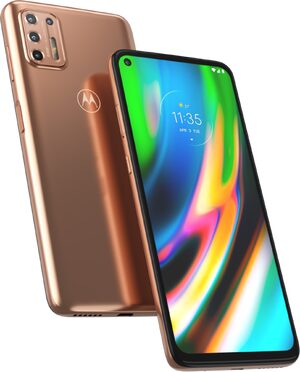 Pro and cons Moto G9 Plus

All Motorola Moto G9 Plus reviews

The Motorola Moto G9 Plus is an affordable phone with 64MP camera and large battery. It looks modern, you can plug in your own headphones and it has support for fast charging. So where's the catch? Time to find out.

To answer that last question right away. The housing of the Moto G9+ is made of plastic, so Motorola was able to save quite a bit on that. For the end user this doesn't have to be a disaster. A plastic housing doesn't break as easily as glass and it also feels warmer in the cold days than metal. Another point Motorola has saved on is RAM memory. At 4 GB it's not small, but it's not big either. You want as much RAM memory as possible so you don't have to load apps every time you switch between them. It's also heavy at 223 grammes. But then we've had a few drawbacks.

The biggest advantage of the Moto G9 Plus is its Quad Camera system on the back. It consists of a 64MP main sensor and therefore offers a lot of resolution and sharpness. Thanks to the pixel binning technique, 4 pixels are combined to 1, which results in better exposed photos. The G9 Plus therefore has an impressively good nite mode at its price. The other 3 cameras are an ultra-wide-angle, a depth camera and a macro lens for extreme close-ups. What the camera alone cannot do is record video in 4K. Your videos can be shot in Full HD in 60 or 30 fps.

The Moto G9 Plus has a Snapdragon 730G processor which is a neat mid-range device. As said before, it has 4GB of RAM memory which is average and the storage memory is an above average 128 GB. You can possibly add a memory card of up to 512GB, but then the possibility to use a double sim is removed. So you will have to choose. On the side of the G9+ is a fingerprint scanner and inside is a 5000mAh battery. That is in most cases sufficient for 2 days of use. Fast charging is guaranteed by the TurboPower charger of up to 30 Watt. Ten minutes on the charger is then in most cases sufficient to make the day full.

All Motorola Moto G9 Plus specifications

Video about the Motorola Moto G9 Plus

Big screen? Lots of cameras? large battery? The Motorola Moto G9 Plus has the