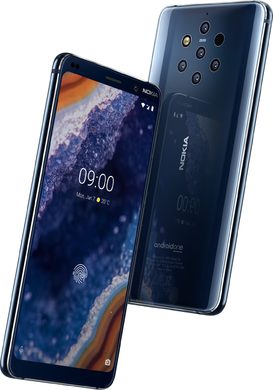 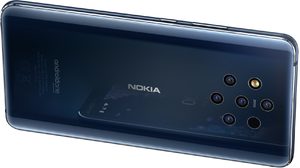 Similar to the 9 PureView and available

Nokia 9 PureView in the news

The Nokia 9 PureView is a high-end and quirky camera phone and one that in a long time carries the PureView name. And it's proud to wear it because there are no less than 5 different cameras with Carl Zeiss lenses on the back. Don't let that fool you and let us explain if there is more to this phone than Carl Zeiss optics.

PureView is a concept. Nokia impressed earlier with a 41 megapixel PureView camera phone, in 2012(!). When the dust had settled it turned out that the abundance of megapixels did add something. Not so much that number, but more what Nokia did with it. PureView started to be synonymous with advanced camera techniques that left the competition far behind. Nokia grew into a camera phone giant, something that was skilfully phased out after the takeover by Microsoft. What remains of Nokia's camera expertise? In short, little. And that's why they called in the help of Light's experts. The same company is responsible for a camera with no less than 16 different lenses that can produce one super photo. Something that HMD Global, the company responsible for Nokia phones, is now also doing with this 9 PureView.

How does that work? The 5 cameras on the back each have a 12 megapixel sensor; 2 colours and 3 black and white. This combination ensures that 10x more light is captured than a traditional camera sensor. More light is more detail, better photos in the dark and with better sharpness/depth. Whereas other phone manufacturers often let you choose which camera you want to use with a lens, the 5 cameras on the Nokia 9 PureView work together. You can capture photos in RAW (DNG format) so that you can edit them much better, for example in Adobe Photoshop Lightroom. On the camera itself, you can find the Pro Camera app with settings options including ISO, exposure time and shutter speed.

More than just a camera

Next to being an impressive camera, the Nokia 9 PureView is also just a phone. One with a 5.99-inch pOLED screen with HDR10 support for high contrast with richer colour reproduction. The fingerprint scanner is built into the screen, and the cameras on the back don't stick out anywhere. This makes the 9 PureView one smooth work of art from Gorilla Glass 5. The Snapdragon 845 processor ensures plenty of speed and wireless charging (Qi) is supported. The Nokia 9 runs Android 9 Pie and is part of the Android One programme. This gives you monthly security updates, 2 years of system updates and unlimited photo storage in the cloud (except RAW format). Fortunately, the price tag is relatively low, at least for a high-end camera phone.

Video about the Nokia 9 PureView