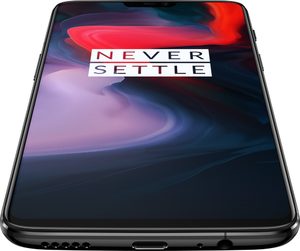 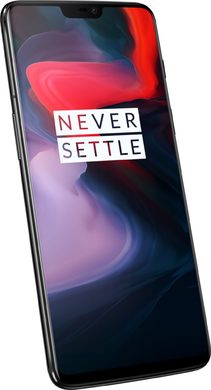 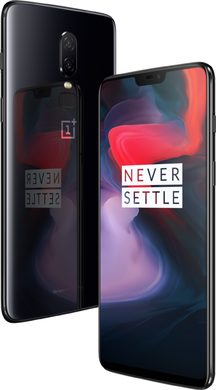 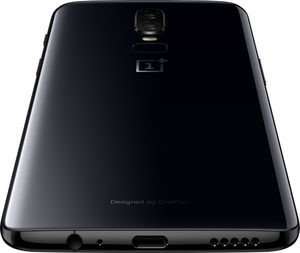 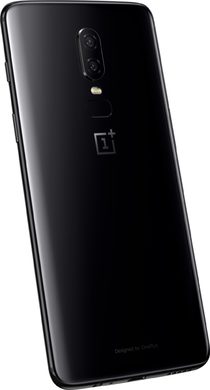 With the OnePlus 6 you get a high-end smartphone with all the bells and whistles including modern and premium looks but without the extremely high price of a flagship. In comparison with the also high-end iPhone X, you can easily save half. OnePlus' motto is "never settle". Let's see if the OnePlus 6 has succeeded.

Same screen, this time with notch

The OnePlus 6 gets the same treatment as Apple does with its phones. At the top of the screen there is now a notch, a notch where the selfie camera is located and sensors to do face unlocking. This results in a nice big screen with a modern face and thin screen edges. You do miss an annoying bite out of the screen, altho experience has shown that after just a few days you don't notice this anymore. Just like previous years, OnePlus fits an AMOLED screen that they call Optic AMOLED. It supports sRGB and DCI-P3 but misses HDR10. In normal human language this means that the screen can display colours more realistically but the support in for example YouTube and Netflix is still missing.

No compromise, only the best

Even though OnePlus positions the OnePlus 6 as an alternative to expensive flagships, the OnePlus 6 is one of its own. Under the hood therefore only the newest and most powerful components. Think of a Snapdragon 845 processor from Qualcomm that gets help from (depending on the version) 6 or 8 GB of RAM memory. Just like previous years, this OnePlus runs its own OxygenOS. This is based on Android so you can just use all trusted Android apps. Special optimisations ensure that apps start up quickly and your battery doesn't run out of power unnecessarily. Once you run out of battery power, the included Dash Charge quick charger will charge you at a breakneck speed to get you back on track.

The OnePlus 6 is not the first OnePlus with a double camera, so it resembles its predecessor the OnePlus 5T. Next to a 16 megapixel Sony IMX519 sensor, there is still a second 20 megapixel Sony IMX376K camera. The first one takes care of your every-day photos, the second one brings your images 1.6x closer. Together they provide photos with sharpness/depth. This makes the background out of focus, which results in beautiful portrait photos. New this year is the super slow motion function. This slows down video up to 480 frames per second so you can capture the invisible. Once shot, the new video editor lets you crop images and add effects.

Videos about the OnePlus 6

Do you like the OnePlus 6 but are you looking for something else than boring white or black? Now also available in red!

Just out and already tortured: the OnePlus 6 by @ZacksJerryRig! Spoiler alert: passed with flying colours and pennant

He's here! The OnePlus 6 with borderless screen and fast processor

The OnePlus 6 is made of premium laminated glass that is assembled with the utmost precision. Judge for yourself