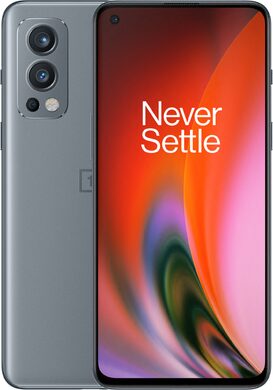 OnePlus Nord 2 in the news

OnePlus Nord 2 5G is official; improvements under the hood

The OnePlus Nord 2 is everything you would expect from a modern day phone. At least according to OnePlus. But they do have a point, because for this price you get quite a lot of phone in return. What exactly and how much OnePlus is asking we would like to explain here.

Where is the progress?

OnePlus set the bar pretty high with the original Nord. It turned out to be a phone with all the popular specifications for a low price. This OnePlus Nord 2 follows the same recipe, altho in terms of specifications it even looks like a step backwards. Still, that's too short of a leap. Because the things that OnePlus leaves out from the Nord 2, we can easily do without. Think of a second selfie camera and the useless macro camera on the back. The trade-in of the Qualcomm processor for a MediaTek copy is more sensitive. OnePlus claims higher performance, but in reality, both models hardly differ.

The two biggest advantages of the Nord 2 are the new camera and fast battery charging. The 48MP camera has been swapped for a 50MP one. OnePlus does not do that for those few extra pixels but for a considerably larger camera sensor. The larger it is, the more light it captures, and the better exposed your photos will be. Especially the nite mode benefits from this. It has been significantly improved and given a new name; Nightscape Ultra. The sensor still features optical image stabilisation (OIS) for sharper shots.

The 6.43-inch Fluid AMOLED screen still has a high 90Hz refresh rate and features fingerprint recognition. Sound comes from 2 speakers and is stereo. The battery is slightly larger with 4500 mAh but can be charged much faster this time. With no less than 65 Watt you can charge the battery of the Nord 2 in 15 minutes enough for a whole day of use. Officially, it is still not waterproof but OnePlus has taken measures to survive an unfortunate dive into the deep end. All in all, this Nord 2 5G will once again make things awkward for the competition.

Videos about the OnePlus Nord 2

No expense was spared to make this video about the OnePlus Nord 2 5G. Where does the device and the idea behind it actually come from? Be amazed and watch this 9 minute video

Jurgen from Coolblue briefly explains his first impression of the OnePlus Nord 2 5G in this video! Does it bring a smile to his face or not?