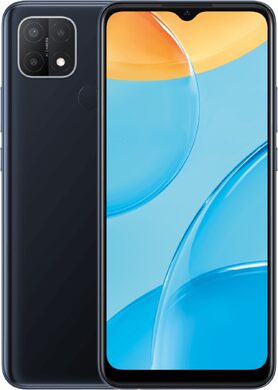 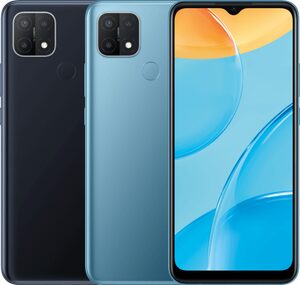 Pro and cons Oppo A15

Oppo A15 with contract

All Oppo A15 reviews

The Oppo A15 is a slim and smart smartphone. But above all, it's affordable. For relatively not much money, you get a full-featured phone with a large battery, fingerprint scanner, large screen and a triple camera.

Chinese Oppo has announced this A15 at the very last minute of 2020. A bargain-priced smartphone with interesting specifications on paper. Starting with a 6.52-inch waterdrop screen. That means a nice big screen at your disposal with a V-shaped notch at the top for the 5MP selfie camera. This one features Oppo's own beautification algorithm. You just have to luv this AI Beautification because it really polishes every pore away from your face. On enquiry, it turns out that the LCD panel is going to have a resolution of 1600 by 720 pixels. This is popularly known as HD+ and on such a large screen, it does not deliver the sharpest images. However, it will be sufficient for every-day use. Only text can look a bit jagged.

On the back of the A15, we see a triple camera system with an LED flash. The main camera counts 13 megapixels and is meant for the bulk of your photos. The lens consists of 5 parts and has a maximum aperture of f/2.2. It delivers pictures but not the best. There is also a 2MP depth camera and a 2MP macro lens. With the depth camera the A15 distinguishes fore- from background so you can blur the background. This results in nicer portrait photos. With macro photography, you can take shots from very close range. However, 2MP is not enough to do that very sharply. Video can be shot in up to Full HD and there are some extra video functions such as slow-motion. All in all, it is a basic camera from which you should not expect too much.

Most important Oppo A15 specifications

At the back is also where you will find the physical fingerprint scanner. This works quickly and accurately. You can also set up face unlock but you have to be in a well-lit area to be recognised. Inside the A15 is a Helio P35 from MediaTek. This is a basic chipset for easy use. It consists of eight cores that can run at a maximum of 2.3 GHz. The storage memory amounts to a fairly disappointing 32GB but is fortunately expandable by up to 256GB. That extra space is mainly used for media such as photos and videos. Apps are installed on the built-in storage memory, which unfortunately fills up quickly. The battery measures 4230 mAh which is very decent. Unfortunately fast charging is not available but that is reflected in the price.

All Oppo A15 specifications

Video about the Oppo A15

Say you're considering buying an Oppo A15 but you want to know what's in the box already. You can solve that problem by watching this video. An unboxing of the A15