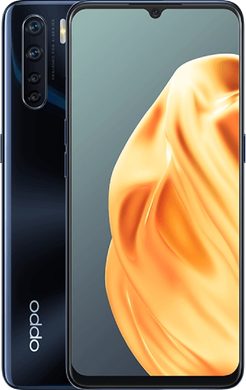 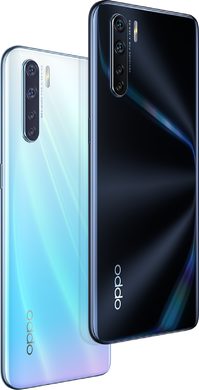 Pro and cons Oppo A91

All Oppo A91 reviews

The Oppo A91 is a thin and fast phone from Oppo's economical A series. The A91 features a fingerprint scanner in the screen, a quadruple camera system and fairly large battery that is also quick to charge. All other details we would like to discuss with you.

The Oppo A91 is one of the most comprehensive phones from Oppo's A series. This series contains mostly simple phones but this A91 is anything but that. And that starts with the screen. It measures a spacious 6.4 inches and has a sharp FHD + resolution. The pixel density is nicely over 400 (PPI), which makes it almost impossible for the human eye to distinguish individual pixels. Images and text appear razor-sharp as a result. Oppo applies an AMOLED panel which has high contrast values with deep blacks and bright colours. What is special is that the fingerprint scanner is located in the screen. You rarely see that in this price category. And with 0.3 seconds, it is also particularly fast.

Quad camera: something for everyone

On the back of the A91, we find no less than 4 different cameras. A 48MP main camera that combines 4 pixels in 1 which gives you clearer and sharper pictures. You will also find an 8MP camera with 119° ultra wide-angle lens. This allows you to capture more in the picture, ideal for capturing large groups of people or buildings. There is also a 2MP macro camera for close-ups up to 3cm and a 2MP depth camera. With the latter, the A91 recognises the foreground and background, so that you can take beautiful portrait photos. The presence of EIS (electrical image stabilisation) ensures smooth videos even when you walk and the necessary artificial intelligence (AI) makes sure that most settings are done automatically for you. All for a worry-free camera experience.

Most important Oppo A91 specifications

The Oppo A91 has an impressive amount of memory. The 8GB RAM memory, where your applications run, is above average. And the storage memory, where all your apps, files and photos are stored, is with 128GB also on the large side. Fortunately, because you cannot expand it afterward with a separate memory card. The processor comes from MediaTek; the MT6771V. This is an octa-core processor that delivers average performance. However, in combination with the large amount of memory, it performs well. Another advantage is that the 4000 mAh large battery can be charged quickly. Oppo uses VOOC Flash Charge 3.0 for this. Half an hour on the charger is enough to fill the battery halfway. The only disadvantage we can think of is that the A91 comes with the fairly outdated ColorOS 6 that is based on Android 9. That doesn't have to be a problem, as Oppo has built the necessary functionality into ColorOS, but it does raise questions about future updates.

All Oppo A91 specifications

Video about the Oppo A91

What are the main plus points of the Oppo A91? This video sums them up