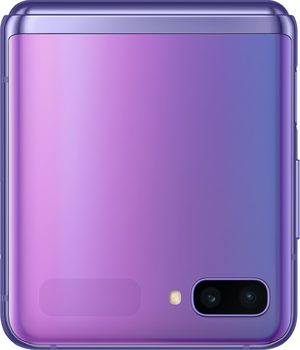 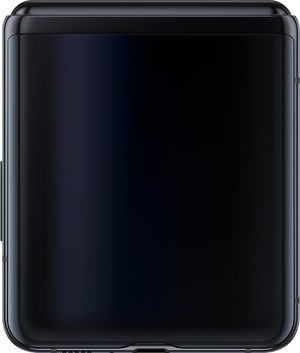 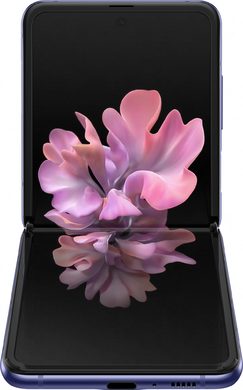 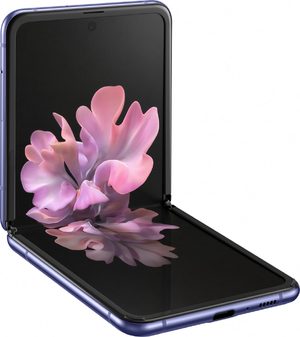 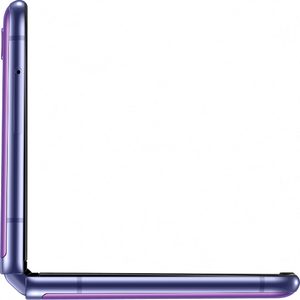 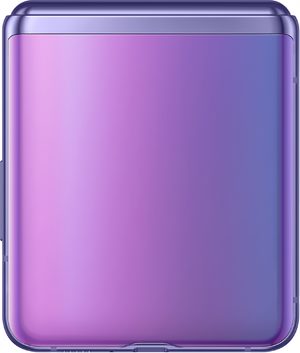 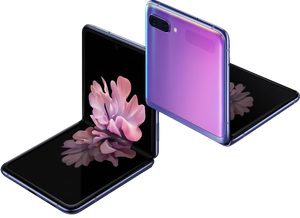 The Samsung Galaxy Z Flip is already Samsung's 2nd foldable phone. This time one that folds vertically, just like the old clamshell phones of the past. But don't get too nostalgic; it is a brand new device with brand new specifications, including of course an impressive foldable screen.

Samsung mainly wanted to make a fashion statement with the Galaxy Z Flip. It has succeeded quite well, this goes especially for the striking purple Mirror Purple version. If you are one of the lucky ones with a Z Flip, you will notice that many people want to know more about it. It stands out in a world where every phone looks a bit the same. And what's so nice about the Flip is that you don't lose any of its functions. Everything is there, it's a modern smartphone with a large screen, neat camera and with fast performance. It only comes in a rather unorthodox housing. And as far as we're concerned, it fits very well.

So you fold the Galaxy Z Flip in half. And yet the whole inside consists of a screen. One that measures 6.7 inches. Despite its flexible character, the Infinity Flex Display is made of ultra-thin glass and therefore feels premium and is less scratch-sensitive. Especially compared to previous foldables. The Flip does not have a big notch, Samsung uses a small round hole-punch for the 10 megapixel selfie camera. It is even possible to make selfies without hands, by placing the camera half unfolded on a table. The lower part of the screen is then cleverly used for the control buttons. Thanks to a free-stop mechanism in the hinge, more places in the interface are cleverly handled by dividing the screen into two parts.

The Galaxy Z Flip is equipped on the outside with a small screen on which you can read the time and notifications. It's not as big as the outside screen of the Motorola Razr but that only encourages you to unfold it. Samsung might have had another good reason not to make that screen bigger. The built-in battery is a bit on the small side with 3300 mAh. Samsung does promise a day's worth of phone fun, but then you don't want to flip it open too often. Another shortcoming is that the Z Flip is a true fingerprint magnet. This is of course due to the all-glass housing. The box does contain a protective cover, altho you actually have to buy the soft calf leather case to completely prevent fingerprints. This sounds expensive but so is the Galaxy Z Flip itself. And that's the last flaw we want to mention here.

Not fragile, but be careful blown

A new product category comes with teething troubles. Yet this Z Flip is no longer a first generation product. Samsung has learnt a lot from the Galaxy Fold. For example, the hinge is more resistant to dust thanks to special brushes that keep out dirt. The Ultra Thin Glass glass screen is also a welcome improvement. Nevertheless, dust can settle under the screen and we now know that this can cause problems. So keep it away from the beach, dirt and water. It's a shame if your expensive folding phone breaks because of something as tiny as a grain of sand.

You can also use the Samsung Galaxy Z Flip half unfolded. This is called Flex Mode and what you get out of it is made clear in this video

The Samsung Galaxy Z Flip has a small screen on the outside. Samsung explains how to use this Cover Screen here

The foldable Samsung Galaxy Z Flip is an ingeniously designed phone. What it looks like on the inside @iFixit shows in this video