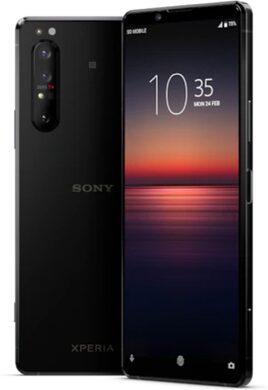 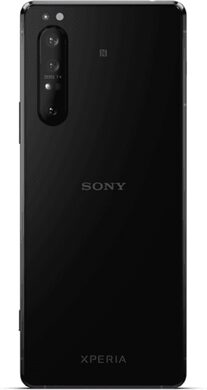 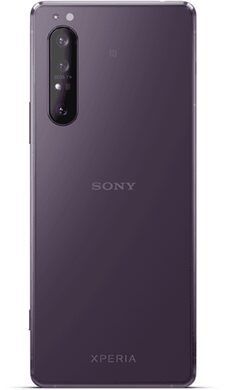 Sony Xperia 1 II in the news

The Sony Xperia 1 II, also called the "Xperia 1 Mark 2" is Sony's flagship for early 2020. Sony is putting a lot of effort into its cameras this year. On the back is a camera system consisting of four different cameras developed in collaboration with Zeiss. But Sony is also making itself heard on video capabilities, display and audio. The Xperia 1 II is clearly a multimedia phone.

Breathtaking screen, but not perfect

Before we start, the Xperia 1 II is a premium flagship with a corresponding price tag. It is sturdy but you get quite a lot of Sony techniques in return. And we need a moment to mention them all. So this storey can be a bit long but as I said it is not our fault. We start with the screen. In full this is a CinemaWide 4K HDR OLED 6.5 inch screen. This slightly different 21:9 ratio was introduced with the first Xperia 1 and is, according to Sony, ideal for watching movies in cinemas. 6.5 inches is big enough to watch for a long time, 4K resolution makes images razor-sharp and OLED ensures crisp, clear images. The panel works on the basis of 10-bit, which allows more colour tones to be displayed and thus shows colourfast images. Sony throws its own professional colour reproduction 'CineAlta' and BRAVIA HDR master technology over this for a professional result. Funny, but does this make up for the screen as well? From numerous reviews that we have reviewed, it does. Conclusions like "breathtaking" and "great" were frequent. Unfortunately, the screen does not have a high refresh rate, which is lacking in this price range.

On the back of the Xperia 1 II we find three lenses, just like last year. All three have a 12MP sensor, altho the size differs. The main camera has an extra large 1/1.7 inch sensor with f/1.7 lens for extra light. There is an ultra-wide-angle camera with f/2.2 lens and a 124° angle of view intended for spacious landscapes and/or groups. And finally, there is an f/2.4 lens with 70mm focal length for zoom. Focussing is the strongest camera characteristics of the Xperia 1 II. Thanks to the built-in 3D ToF sensor, it not only does this happen in 0.03 seconds, it can also hold out for a long time. It is ideal for capturing moving subjects and filming in focus. The Xperia 1 II cheques whether it detects an eye and focuses on it. This eye-autofocus works on both people and animals and in tricky situations, such as when someone walks by or when you blink. Video can be shot in up to 4K, at 24 fps and in 21:9. That corresponds to what you see in the biscope. And the sound is also improved by automatically filtering out wind noise. All Sony-techniques coming from Alpha cameras and Handycam camcorders.

Sony wouldn't be Sony if audio hadn't been thought of as well. You just find an audio jack connexion on the '1 Mark 2' so you can plug in your own favourite headphones. New is that the signal noise is reduced to below 20 dB. There is support for many high-res audio codecs and built-in stereo speakers for when you don't want to have them on your ear. Gaming is also possible thanks to the built-in Snapdragon 865. You can even use your PlayStation's DualShock 4 controller to play Android games. Furthermore, the Xperia 1 II 5G Internet, wireless charging, a 4000mAh battery with fast charging and a waterproof IP65/68 housing of double-sided Gorilla Glass 6. Virtually nothing has failed to make the Xperia 1 II shine. And unfortunately, this is reflected in the price.

Videos about the Sony Xperia 1 II

Sony likes this movie about the Xperia 1 II but when will it be in the shop?

The Sony Xperia 1 II is made for filmmakers. Why do you see in this video

Audio is a bit of an undershot child become in smartphone land. So many manufacturers nowadays leave out the headphone port. Sony not so proves it with the Xperia 1 II

The camera on the Sony Xperia 1 II has a lightning-fast autofocus that we know from the Alpha-series. The AI always searches for an eye and focuses on it as you can see in this video.