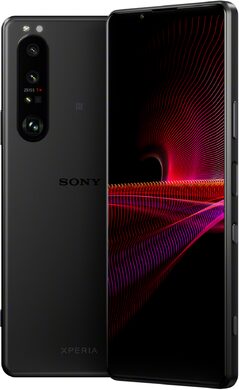 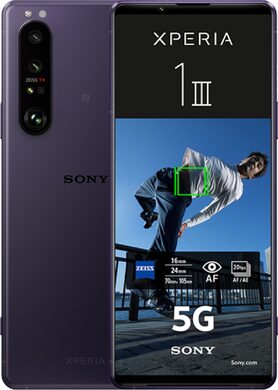 Sony Xperia 1 III in the news

The Sony Xperia 1 III, also known as Xperia 1 Mark 3, is Sony's flagship phone for 2021. It is the first Xperia phone to have a periscope camera that allows you to zoom in between 5 and 10x without losing quality. Let's find out whether it manages to stand out enough from the rest.

Is this the perfect screen?

The biggest disadvantage of Sony phones is that there is so much to tell about them. That always makes these texts a bit longer than average, so we apologise for that already. This Xperia 1 III also has a lot to tell. Starting with the screen. It's a 6.5-inch fully notchless screen with HDR colour reproduction, a high-contrast OLED panel, high 4K resolution, an elongated 21:9 ratio and with a smooth 120Hz refresh rate. Huge overkill but the best available today without any concessions. So it seems but it's just who you ask. The fingerprint scanner is not below the screen but on the side and the screen is also quite narrow. Perfect for those who can handle it but hated by others.

Biggest innovation of this "Mark 3" is the camera system. This comes from the Alpha 9 series and for the first time features a periscope camera with variable aperture. In total there are four cameras; a primary 12MP with 24mm f/1.7 lens, a 12MP ultra-wide-angle with 16mm f/2.2 lens, a 3D iTOF depth camera to accurately measure distances and the star of the show: a 12MP periscope camera with variable f/2.3 and f/2.8 lens. The Xperia 1 III detects the object you want to photograph, tracks it and focuses on it at lightning speed. Thanks to this Real-time Tracking, you never miss a chance to get a sharp picture. Especially since you can shoot 20 frames per second in a row. Zooming can be done this time with 2 different focal lengths; 70 and 105mm. That corresponds roughly to 3 and 4.5x optical zoom. Switching between both is especially fast, partially because the lens is combined with a Dual PD sensor for accurately sharp images.

Sound, both wired and wireless

As usual, the Xperia 1 III is another excellent multimedia phone. Not only can you watch content back on the screen in biscuit style, but the sound is also of a high standard. Spacious Dolby Atmos sounds over the stereo speakers and over the 3.5mm headphone port is high-fidelity sound with less distortion and up to 40% more volume. Wireless music listening is also improved by high-resolution audio codecs such as LDAC. The Xperia 1 III also features 360 Spatial Sound. With headphones on, stereo audio doesn't move with your head but is instead locked in space. This gives an extra dimension and unique listening experience.

Sony also stuffs this Xperia 1 III full of all kinds of features that actually deserve a whole chapter of explanation. Think of BionZ X engine for better nite shots, Optimise V.C. microphone that in combination with a gaming headset can reduce background noise, DSEE Ultimate that can upscale sound files with the help of artificial intelligence and the numerous video features including a wind noise filter and FlawlessEye. There is simply too little time to discuss everything in depth. Hopefully it's now clear that there's plenty to explore when you get your hands on an Xperia 1 III. Everything has been thought of and that makes this the ultimate phone for content creators and purists.

We would almost forget that the Xperia 1 M3 also just a phone. A 5G phone that is. All thanks to the Snapdragon 888 processor with built-in 5G modem. It also has a generous 12GB of memory for extremely powerful performance. The battery measures 4500 mAh and that seems meagre for all the functions. Yet numerous reviews show that the battery life is very decent. Moreover, a 30W quick charger is included in the box. Your battery will be half full after half an hour. Wireless charging is also one of the possibilities and for the first time you can charge other devices wirelessly. The housing is still IP65/68 waterproof and this time it is matte with Gorilla Victus glass in front, and Gorilla Glass 6 behind. Unfortunately, all this does come with a hefty price tag.

Videos about the Sony Xperia 1 III

The downside of marketing images is that they look so slick. A phone always looks a little different in real life. And that's why Sony takes the Xperia 1 III in Frosted Purple outside with them

Aeric Reinheart is going on a trip and taking with him... Sony's Xperia 1 III. Today, we go to the Alps and shoot some nice pictures. A piece of cake for the Xperia 1M3

In this video, Dom unboxes Sony's Xperia 1 III and Xperia 5 III. See what's in the box, what's not, and we also get an instant look at Sony's latest mobile phones