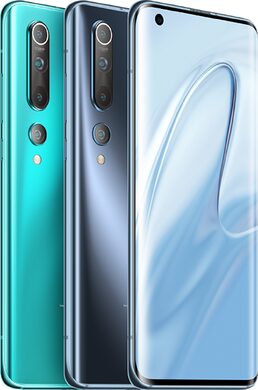 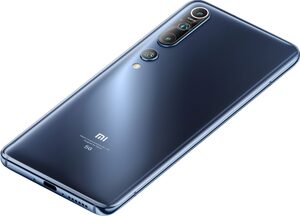 The Xiaomi Mi 10 is a high-end flagship with 5G and one of the cheapest phones with the powerful Snapdragon 865 processor. But whether that makes him a good phone is still to be seen. Let's try to answer that for you here.

The Xiaomi Mi 10 is part of a fairly broad series consisting of a Lite and Pro. However, this Mi 10 can be seen as the captain of the group. The model already has a successor in the form of the Mi 10T but as far as we are concerned this Mi 10 is much more interesting. That's because he tries to be the best of the best on almost all levels. He succeeds quite well but here and there he also drops some stitches but more about that later. Let's start with the biggest eye-catcher of the Mi 10 and that's the screen. It measures 6.67 inches which is not only impressive, it also supports HDR10+ and has a high refresh rate of 90Hz. This makes it very colourful and true-to-life and it feels fast. In other words; contemporary and premium.

The Mi 10 also derives that premium feel from the curved screen edges and all-glass housing of Gorilla Glass 5. It offers protection for the inside and there we find a Snapdragon 865 5G. This chipset is considered to be the most powerful available at the time of release. Considering its price, it is one of the cheapest, if not the cheapest, with this chipset. It comes with 8GB of RAM memory and 128 or 256GB of storage. To make this calculation miracle work as optimally as possible, an ingenious cooling system of graphite and liquid has been applied. Other high-end specs include support for Wi-Fi 6, 5G and accurate sound reproduction via the dual 1216 super linear speaker. Of which note.

More is not always better

Still, as far as we are concerned, the biggest eye-catcher is the camera system consisting of a 108MP main camera and f/1.7 lens. That camera only excels better on paper than in practise. This is mainly because Xiaomi has omitted a separate zoom lens. Instead, the 108 megapixel large sensor is zoomed in and yes that works, but not at dusk or nite. Also the nite mode relies heavily on the sensor alone instead of 'Computational Photography' which Google and Apple are currently using. Not that the camera of the '10' is bad but for this amount we expected more. Presumably this is exactly the reason why its successor, the 10T, got a 64MP camera instead of 108.

Videos about the Xiaomi Mi 10

The 64MP camera sensor on the Xiaomi Mi Note 10 Lite is so big that you can use it to capture the starry sky. How to do that is explained in this video

Epic camera, epic screen. According to Xiaomi, that's the success storey of the Mi Note 10 Lite.

The Xiaomi Mi Note 10 is the world's first mobile with a 108 megapixel camera. And in addition, there are another 5 cameras

The Xiaomi Mi 8 is the first with MIUI version 10. What this interface looks like can be seen in this Chinese video.