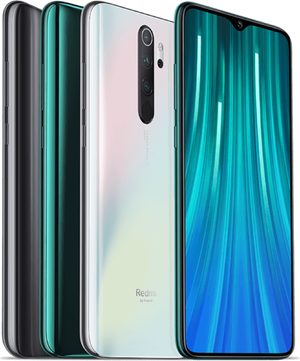 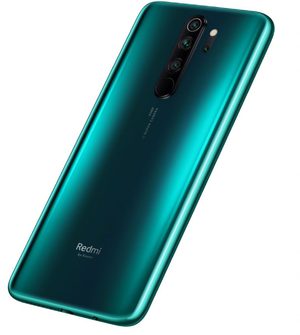 The Xiaomi Redmi Note 8 Pro is an affordable phablet; a big phone for not that much money. But one with an extremely high 64 megapixel camera. If you would print a picture in full resolution you would get a 3 metres tall poster. The practical advantages of such a camera are explained here.

First some boring numbers. The Redmi Note 8 Pro has a 6.53 inch screen, a Full HD+ resolution, a 64 megapixel main camera and the battery has a capacity of 4500 mAh. Loosely translated, this means that it is large. Big even. But not unnecessarily large. That's because of the thin screen edges, which means that much of the front side consists of display. The selfie camera has been given space in a notch; a tiny place at the top of the screen. All this ensures that the so-called Dot Drop Display takes up no less than 91.4% of the entire front. An impressive feat.

Xiaomi proves that you don't have to buy a very expensive phone to get an impressive camera setup. The main camera of the Redmi Note 8 Pro consists of a 64 megapixel sensor. This results in incredibly large photos (both physical and virtual) but they provide a lot of detail with sufficient sharpness. You can zoom in yourself without immediately becoming out of focus. It is not the only camera; we also find an 8 megapixel camera with 120° wide-angle lens for landscapes, 2 megapixel macro camera for sharp shots from 2 centimetres close by and a 2 megapixel depth camera with which you can blur backgrounds. Enough to choose to be creative.

A phone is only useful as it has charge left. And you don't want to run to a wall socket every nite because the battery is dead. That problem is largely solved by the 4500 mAh battery. More than enough for 2 days of normal use. But what if you want to play games? Xiaomi thinks that with a full battery you can play for up to 10 hours. The LiquidCool technology keeps the Redmi Note 8 Pro cool. Heat from the processor is efficiently dissipated so games run smoother, even when the going gets tough. To reduce costs, Xiaomi has not used a Qualcomm processor. Instead the MediaTek Helio G90T has been chosen. A mid-range chipset specially optimised for gaming. The Note 8 Pro can also handle games effortlessly thanks to its generous 6 GB of RAM memory. This whole package of benefits makes the Xiaomi Redmi Note 8 Pro a phone you simply can't ignore.

Wondering what's in the sales box of the Xiaomi Redmi Note 8 Pro? Next to the device itself of course? Don't stay in suspense anymore and watch this video