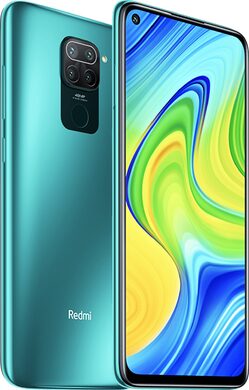 The Xiaomi Redmi Note 9, with its Quad Camera System, large battery and low price, seems to be the right candidate to become your next mobile. But is that really the whole storey or is there something untold? You can read it here.

With a starting price below 200 euros, you have no right to complain. But we are not independent for nothing and we like to tell you the real storey. Xiaomi has been able to achieve this low price mainly by saving on processing power and choice of materials. Altho the front is made of sturdy Gorilla Glass 5, the rest is made of plastic. In itself this doesn't have to be a problem if shiny plastic has been chosen, which is quite sensitive to fingerprints. The processor choice of the Note 9 is that other drawback; the Mediatek Helio G85 may be a fairly new copy focussed on gaming (announced in 2020) but it is not very powerful. The necessary delays here and there, partly caused by the extensive MIUI, are not strange to him.

Enough whining, time for the positive points. As far as we're concerned, that starts with the screen. Altho the screen of the Redmi Note 9 is not overly bright, it does look nice and sharp. That's because of the Full HD+ resolution. By the way, it is a so-called DotDisplay where the selfie camera in the corner is hidden in a round hole. This not only looks modern; it is also hardly noticeable during use. Enquiries have shown that it is a 13 megapixel copy with functions such as Panorama Selfie and AI Silhouette Detection. On the back we find even more impressive camera setup. The primary camera has 48 megapixels and is accompanied by an ultra-wide-angle camera (8MP), macro camera (2MP) and depth camera (2MP). You have enough in your hands to show off your creativity. The downside is that you can't shoot video in 4K but in maximum FHD (1080p).

Xiaomi did well by equipping the Redmi Note9 with a large battery. Inside is one with a capacity of 5020 mAh and support for fast charging. This can be done with a maximum of 18 Watt and in combination with the size of the battery, it will still take a few hours from completely empty to fully charged. The battery has another trick; you can use it to charge other devices. Another phone, for example, or an accessory. Other handy features are the headphone port for your own headphones, the USB C port where it does not matter how you insert the cable and the infra-red transmitter with which you can control the TV. NFC is missing. Contactless payment is not included.

Videos about the Xiaomi Redmi Note 9

The Xiaomi Redmi Note 9 is official. View all major specs and features here

The Xiaomi Redmi Note 9 Pro comes with a fun video filter; a kaleidoscope

With the camera of the Xiaomi Redmi Note 9 Pro you not only shoot beautiful videos, you also shoot them in 4K resolution.

A selfie is soooo oldschool. With the Xiaomi Redmi Note 9 Pro's selfie camera you can shoot slow motion selfies in 120fps for extra dramatic images.