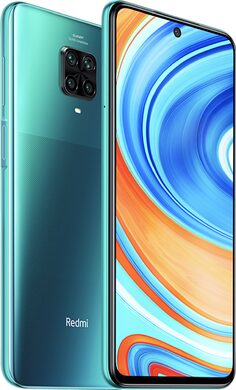 The Xiaomi Redmi Note 9 Pro is not only a phone with a very low price, it's also a phone with Quad Camera on the back. In this review we will go deeper into that in more detail as what exactly you can do with it.

The Redmi Note series turns out to be a real success song for Xiaomi. It has already sold 110 million copies by 2020. This Redmi Note 9 Pro will certainly contribute to that. It is equipped with a large 6.67 inch screen, 64MP Quad Camera, a solid processor and a thick 5020 mAh battery. And all that in a housing made of glass with a sales price that is significantly lower than the competition. That screen owes its name to the point-shaped cut-out for the 16MP selfie camera. The panel supports HDR10 video playback and has a neat sharpness thanks to the Full HD+ resolution. The panel is protected by Gorilla Glass 5, which not only keeps it scratch-free but also resists drops up to 1.2 metres. Should all this offer too little protection, Xiaomi always supplies a silicon case in the box.

For a mid-range phone, the Redmi Note 9 Pro is equipped with a nice set of cameras. Leader is a 64MP sensor with f/1.89 lens from 6 elements and with an angle of view of 79.8°. Here you shoot most of the pictures thanks to its high brightness, even in the dark. There is an 8MP camera with an ultra-wide-angle lens of 119° for landscape photography, a 5MP macro camera for extreme close-ups (e.g. of insects or petals) and finally a 2MP depth of field camera. Thanks to the latter, the Note 9 Pro features a portrait mode in which you can blur the background. Video is shot in up to 4K and there is also a super slow motion mode where you shoot 960 images per second and capture the invisible. The maximum resolution in this mode is limited to HD. The front camera also has a slow motion option but this is limited to 120 frames per second.

Inside the Redmi Note 9 Pro is a 5020 mAh large battery with 30 Watt fast charging. In theory that's enough for 2 days of use and even with intensive use you can easily reach the end of the day. And also the choice of processor is not crazy. The Snapdragon 720G is based on 8 cores with a maximum clock speed of 2.3 GHz. This chipset is suitable for gaming. Funny features that the Note9 Pro is equipped with is the vibration motor that can vibrate its own pattern for different messages and the infra-red blaster that makes your remote control unnecessary. But as far as we are concerned, the presence of a 3.5mm audio jack for your own headphones is also a noteworthy feature. And did we mention that it is advantageous? It's a pity the sporadic advertizements in the MIUI interface remain, but fortunately those are largely off.

The Xiaomi Redmi Note 9 Pro comes with a fun video filter; a kaleidoscope

With the camera of the Xiaomi Redmi Note 9 Pro you not only shoot beautiful videos, you also shoot them in 4K resolution.

A selfie is soooo oldschool. With the Xiaomi Redmi Note 9 Pro's selfie camera you can shoot slow motion selfies in 120fps for extra dramatic images.