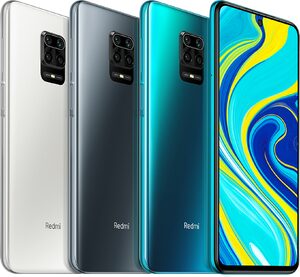 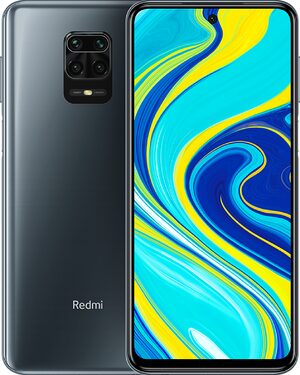 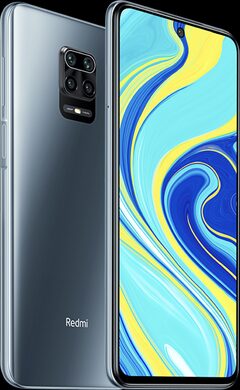 The Xiaomi Redmi Note 9S is a nice big Android device with no less than 4 different cameras on the back. Pictures look generous on the 6.67 inch large DotDisplay. It also has nice thin screen edges. A notch for the selfie camera is missing, instead there is a more modern and nice small punch-hole.

Middle child of the Note 9 series

The Redmi Note 9S is part of Xiaomi's Redmi 9 series consisting of the Redmi Note 9, this 9S and the 9 Pro. The S is a bit in between. It has the same large 6.67 inch screen as the Pro, has the same Snapdragon 720G processor and the same 5020 mAh battery. From the 'smaller' Note 9 it borrows the 48MP Quad Camera and 18 Watt fast charging. With the Pro, it can still charge up to 30 Watt. In this price category it is a bit of a give and take.

The Redmi Note 9S is completely symmetrical in design and consists of a premium glass back with rounded edges. On the side we find the fingerprint scanner which is neatly incorporated into the power button. At the front, the screen takes up the most space. This 6.67-inch DotDisplay occupies 91% of the front and has a sharp Full HD+ resolution. The selfie camera sits in a punch-hole in the middle and is therefore hardly noticeable. The camera uses a 16MP sensor and an f/2.48 lens. This means it has a slightly lower aperture than comparable smartphones and is slightly less good at capturing photos in the dark. Xiaomi has thought of something about this; the screen can serve as a flash by quickly showing a bright white light.

On the back is a 48 MP main camera with 8MP ultra-wide-angle lens, 5MP macro camera for close-ups from 2cm and a 2MP depth camera. With the latter you can blur backgrounds of portrait photos for a nice bokeh effect. The 48MP primary lens uses 4 pixels to capture 1 super pixel. This allows you to shoot sharp and well-exposed photos even in the dark. It also supports 4K video as a pro. All in all, you have plenty of cameras and options at your disposal to take every-day and creative shots. And that for a long time because with a 5020 mAh built-in battery, you won't run out of power in a hurry.

Just like almost all phones from 2020, the Xiaomi Redmi Note 9S was only announced online. That event, with all the highlights, you can cheque it out here