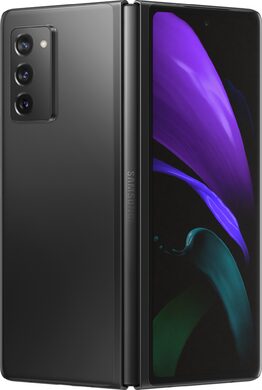 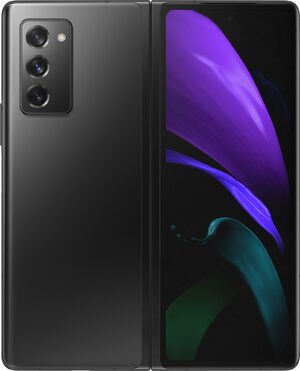 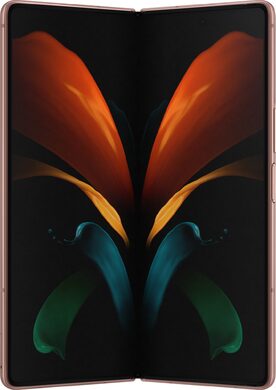 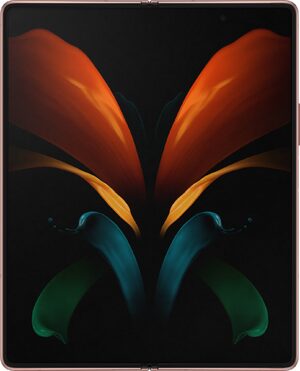 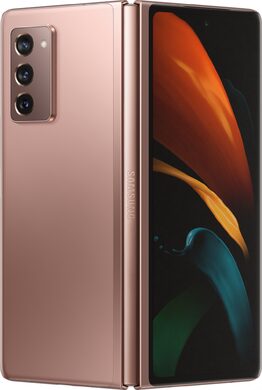 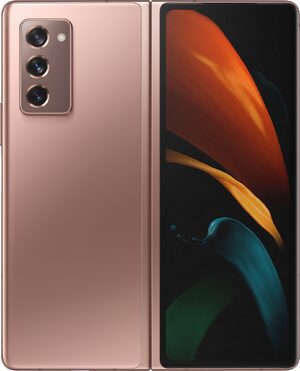 The Samsung Galaxy Z Fold 2 is the successor to the original Fold from early 2019. The biggest difference is the much larger screen and a renewed self-cleaning hinge. What remains is the amazing feeling when you encounter one.

The Z Fold2 is only Samsung's third foldable phone, but it immediately seems much more modern. That is mainly because of its new screen. Or better said: screens. They now stretch from edge to edge, both on the inside and outside. Outside is now a 6.2 inch with thin screen edges that contain a small hole-punch for the selfie camera. Folded open creates an immense 7.6 inch screen. This year no strange bite out of the screen for unnecessarily many cameras but also a subtle and compact punch-hole for this time a single camera. The screen inside is this time protected by a layer of ultra-thin glass instead of plastic like the original Fold. Together with a renewed hinge, more about which later, Samsung found it justified to place the Fold2 in its own series. Together with all other foldable phones you can find them nowadays in the Galaxy Z-series.

Maximum use of screen area

Officially, the device is called the 'Samsung Galaxy Z Fold 2 5G'. So it is a 5G phone. At the time of release, this might not be of much use to you yet, but as soon as 5G is available everywhere, you can start using it right away. Quickly download or upload movies, for example. In any case, you are ready for the future. Even if you have a copy in your hands right away. Because 'foldables', the so-called foldable phones, are the future. New is the improved hinge that you can of course fully open or fix in 75 or 115 degrees. With this so-called Flex mode you can put the phone half-open in front of you and some apps adapt to that as well. The top screen can then be used for content while the control buttons are at the bottom. Samsung has adapted the software in more ways to make maximum use of the large screen area. But also the outer screen communicates with the main screen. This way you can open folded apps and continue with the same app when you open the Fold 2. That's called App Continuity.

One less camera is not missed

Other benefits and improvements are the Hideaway Hinge which is less obstructive and better at keeping out dust and dirt. But also the screen that can display images at 120 frames per second. This only works for the inner screen, the outer screen remains at 60 Hz. Also different is the camera. Altho the resolution of the camera has gone down, it has improved on some points. Especially in the video area. There is now auto-framing. The camera follows people and keeps them neatly centred and sharp in the picture. Inside, a camera sensor has disappeared, so you now only have access to a 10MP selfie camera. In itself more than enough of course and moreover it doesn't take a big bite out of your screen anymore. Instead, it has become a subtle punch-hole (punch-hole). At the front is the same 10MP sensor with f/2.2 lens with 80° viewing angle, so there are still 5 different cameras at your disposal.

Is the Samsung Galaxy Z Fold 2 more resistant to dust? We don't want to give too much away, but in a nutshell; yes.