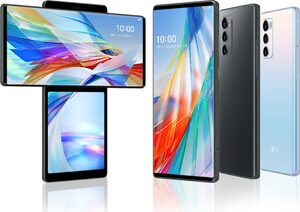 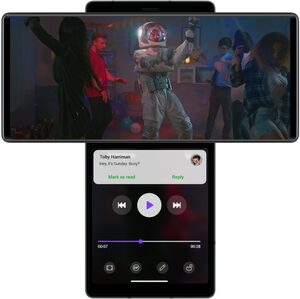 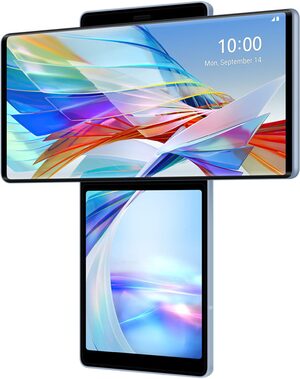 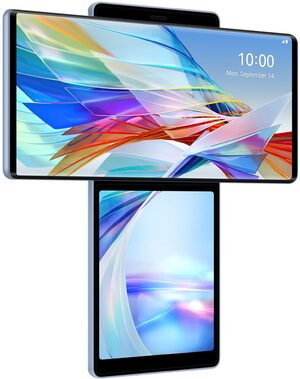 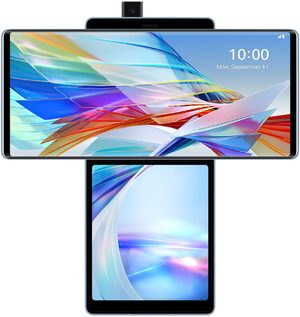 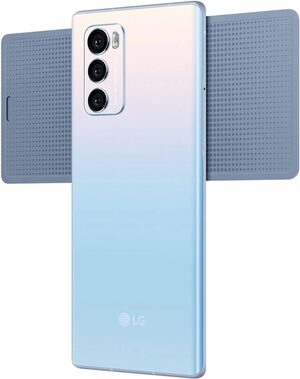 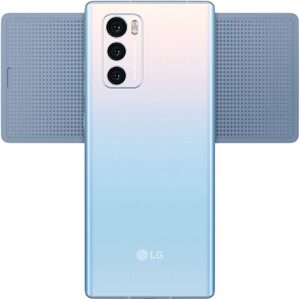 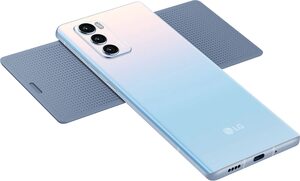 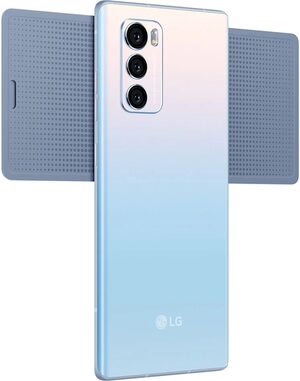 Similar to the Wing and available

LG Wing in the news

The LG Wing is proof that you don't always have play by the rules. It is LG's own idea of a foldable and why not? A phone with a rotating secondary screen does not only look striking, it also has advantages. What exactly we will explain to you here.

A phone with a foldable screen has the advantage of having an extra large screen in a small body. It is also extremely expensive, the technology is still in its infancy and, not unimportantly, the screen still has a visible fold. At LG they thought: there must be another way. They stuck two screens on top of each other that you can slide apart. That way, you still have a large screen in an otherwise small body. This idea took off and now the Wing has arrived. A 6.8-inch device with a Full Vision screen without notches or punch-holes. The screen has a 21:9 ratio, ideal for watching movies. Those who turn that screen a quarter turn get to see a second screen. This one measures 3.9 inches. That 2nd screen is mainly used for control buttons like in the camera.

The second screen can also be used to multitask better. You can run 2 apps or watch a video and answer someone in the other screen. Moreover, it doesn't matter which screen you use as your main screen. By rotating the Wing, the interface moves with it and creates new ways of how you can use your phone. Portrait, landscape or upside down. The hinge mechanism has been extensively tested by LG and should survive 200,000 movements. Enough to try out anything. Moreover, it is water-repellant and dustproof so you can take it anywhere.

The Wing is one of the few phones with a built-in gimbal. This allows you to shoot more stable videos. Now other phones also have a form of image stabilisation, but the Wing goes further. By mimicking the gimbal controls on the second screen, including joystick, you can shoot even tighter and professional looking videos. But there are more video functions such as Dual Video, Timelapse Control and Slow Motion. Enough to let your creativity run wild. For photos, you can choose between the 64MP main camera and a 13MP ultra-wide-angle. The 12MP camera sensor is mainly for the Gimbal Motion Camera. There is a 4th camera hidden inside the device. The 32MP selfie camera is a pop-up and only appears when you want to shoot a selfie. This looks nice and tidy but is less convenient for those who want to do face unlocking.

The Wing uses the Snapdragon 765G processor from the middle class. In itself a fine processor for every-day use and the 8GB of memory is also generous. But somewhere you would expect a high-end chipset in such a premium phone. As with many other foldables, the battery is on the small side. The one in the Wing measures 4000 mAh and that is on the small side considering the screen size. You can do a quick charge, but with 25W it is not very fast. Wireless charging is also possible. The LG Wing is a Dual SIM phone, which means that you can put 2 nano SIM cards in it. It also accepts a memory card, up to 2TB. However, with the standard storage capacity of 128GB, this is fortunately not necessary.

Videos about the LG Wing

Gimmick or not, the LG Wing looks impressive. Really a phone like never before

YouTuber Azzy has used the LG Wing and likes it. What exactly do you see here

Video of rotating LG Wing in action. What do you think of it? Yeah or no?