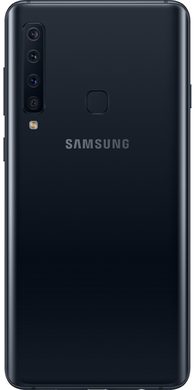 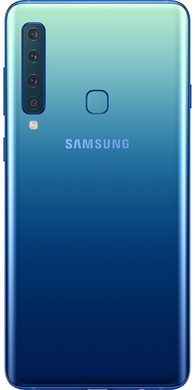 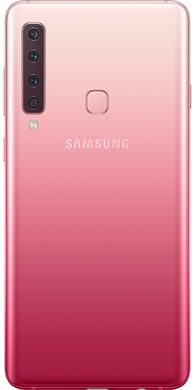 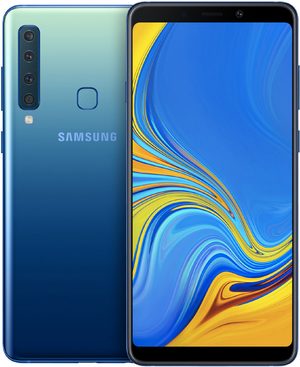 All Samsung Galaxy A9 2018 reviews

The Samsung Galaxy A9 (2018) is Samsung's first mobile phone with four cameras on the back. If we count those at the front as well, we even end up with 5. What you need all those for, what you can do with them and why four is better than three, we are going to explain in this description.

Four cameras; one for each situation

Four cameras. Is that really necessary? Well, if you want to take a nice picture in a lot of situations. The most you will use is the 24 megapixel main camera. This has a bright f/1.7 lens that allows you to see in the dark without flash. But also during the day it is very popular. To be able to zoom in there is a camera with 2x optical zoom. With this camera you can even get closer from a distance. Creative pictures with bokeh, or depth of focus, you shoot with the Depth Lens. Shoot professional-looking portraits with out-of-focus backgrounds. You can manually move the focus from the foreground to the background or vice versa. Remains an extra wide 120 degree wide-angle lens with artificial intelligence. With AI Scene Recognition, the A9 automatically recognises the best settings for the best photo results. And with the Scene Optimiser, anyone can take a professional photo.

And to think that we skip the 24 megapixel selfie camera with f/2.0 lens for convenience. Because another eye-catcher is the 6.3 inch large screen at the front. It has small edges above and below so that the housing is not unnecessarily large. Samsung applies the bright and colourful Super AMOLED, which guarantees vivid colours with deep black tones. The resolution comes out at Full HD+, which results in a pixel density of just under 400; in other words, sharp enough for even the most critical eye. In order to be able to shoot long pictures, there is a generous 3800 mAh battery inside, which can be quickly recharged via USB-C at the top. Wireless charging is missing. To keep up with your busy life, an octacore processor has been used with no less than 6 GB of RAM memory. That's even more than the current flagship S9. In terms of storage memory, the A9 comes out at 128 GB of which 108.6 GB remains for personal use. This can easily be expanded with another 512 GB via a separately available memory card.

Room for a 2nd SIM card

Samsung launches the Galaxy A9 with Android 8.0, which was already followed up by Android 8.1 and Android 9.0 at the time of release. As far as that is concerned, he immediately looks at a backlog. What is useful is that there is room for a double SIM card of which only one can have a data connexion at the same time. You don't have to share the slot for the 2nd SIM card with the one on the memory card, so you can put both in the device. Finally, Samsung does well to apply the new(er) USB-C. With this port, you can charge the Galaxy A9 2018. The handy thing about it is that you cannot insert the cable incorrectly; both sides fit. No more fidgeting in the dark.

All Samsung Galaxy A9 2018 specifications